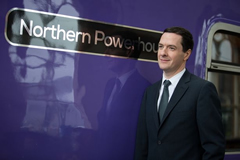 And so it was to London this week for the property conference MIPIM UK, where the Northern Powerhouse was high on the agenda.

A panel event with the chief executives of Liverpool and Manchester City Councils’ and the chairman of the Leeds Local Enterprise Partnership explored what this agenda might mean for their three city regions, and emphasised how collaboration in the future is a must if the north is to compete in the global economy.

Sir Howard Bernstein, clearly the principle authority on the subject having delivered ‘Devo Manc’, suggested we look back to the future:

“This (agenda) is not new. Manchester built the ship canal to link it to Liverpool and to connect with people who make things with people who want to trade. This is a clear and continuing pattern.” Clearly transport and connectivity are at the top of the Northern Powerhouse priority list.

Leeds LEP chair Roger Marsh quoted Abraham Lincoln in his contribution saying “the best way to predict the future is to create it.”; whilst Liverpool CEO Ged Fitzgerald was keen to emphasise collaboration: “If we try and continue to do these things in isolation, we won’t be able to compete globally. In the Northern Powerhouse once we articulate our propositions and get our investable propositions in place, we can blend the macro factors with the micro factors developers look at.”

An interesting discussion, for sure, but equally clear is the fact that Northern Powerhouse is still very much a work in progress; with one city region significantly ahead of the rest.

As for the conference itself, the shared Manchester-Liverpool stand was extremely lively; and if you want to meet a dozen or so key people in the space of a couple of hours, rather than trying to sort our appointments with them that can take weeks – I’d highly recommend that you attend next year. 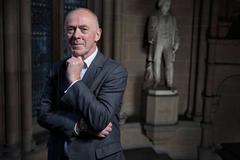 On Tuesday evening I had the pleasure of spending four hours in the company of the leader of Manchester City Council.

It was a fascinating insight into the thoughts and ideas of a man who has now led his city for an incredible nineteen years, leading a crusade for a city region model of governance that has led to Greater Manchester being at the centre of one the governments’ flagship policies, the Northern Powerhouse.

Leese was quick to dismiss criticism of other city regions who are not as far down the road as Manchester as far as the devolution agenda is concerned, pointing out that for his city this has been a mission that began over twenty years ago. With the best will in the world, places like Liverpool, Birmingham and Leeds cannot do in twelve months what he and his colleagues have taken two decades to deliver.

On a positive note for his neighbouring city located at the other end of the M62, he suggested that it was hard to imagine a Northern Powerhouse without Liverpool in it. He also believes Leeds are close to doing a ‘devo deal’.

Ultimately though, what does the Northern Powerhouse mean? In simple terms, says Leese, it is a city of ten million people, which has a wonderful diversity that boasts quality industry, entrepreneurship, culture and a tourist offer in equal measure. In practical terms, it’s about ‘the economy stupid’ with much improved infrastructure and connectivity (both in terms of digital and transport links), and an opportunity to invest in knowledge and skills that will give northerners a better life chance.

Sir Richard was also candid in his answers on a range of other topical issues. On the EU he is pro and believes the British people will vote to stay in; on Jeremy Corbyn, he has a duty as a local Labour leader to support the national Labour leader; MIPIM was in danger of turning into a p**s up in the early noughties, but has got back on track – and it may be worth considering a Northern Powerhouse stand at the property festival at some point in the future; and George Osborne is an astute politician who is genuine in his drive to re-balance the UK economy, though his austerity programme is unfair and wrong.

On a more personal note he was asked if he found his job enjoyable: “more satisfying than enjoyable” he said, whilst admitting that he had failed miserably as far as ‘work-life’ balance was concerned. And, if he could wake up in the morning and fix one thing, what would it be? “That bloody great hole on the Mancunian Way.”

A great evening with an impressive leader who is delivering for his city – and for the north.

This week the government invited city and county regions to submit their devolution ‘asks’.

It is part of George Osborne’s Northern Powerhouse agenda, although, post-election, councils’ from across the country are all being given the opportunity to ‘have a Manchester’ now.

For some time I have bemoaned the fact that Lancashire has been side-lined by the emphasis on cities as the principle economic drivers. As the leader of Lancashire County Council Jenifer Mein pointed out at a Downtown event last week the county region is the third biggest economy in England, and therefore needs to be seen at the heart of any powerhouse, rather than on its periphery.

The government, with some justification, could argue back and say that, unlike Liverpool, Leeds, Sheffield and Newcastle, Lancashire had done little to progress a devolution programme itself.

However, at a meeting earlier this week the leaders from twelve districts, the two unitary authorities and Lancashire County Council came together and have devised a strategy to present to the Whitehall mandarins that at least gets the red rose county in the mix.

There will be a consultation with business organisations and other stakeholders about the type of Combined Authority Lancashire should be looking to create, and given the inevitability that a first wave of devolved organisations will go to conurbations with big city hubs, the county is unlikely to be at the vanguard of this initiative.

However, the fact that leaders are talking constructively about progressing a much more efficient, effective and co-ordinated governance structure is a credit to them, and great news for Lancashire’s future. 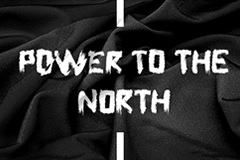 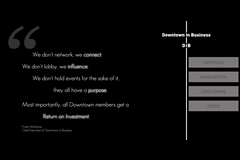 RT @DIB_MarkJ: Our head of events is smashing it, some great new venues coming on-board for 2020 💥🥂