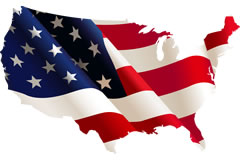 The rise in unemployment for two consecutive months and the Bank of England announcement that interest rates will be increasing sooner rather than later are a couple of bits of headline news that would suggest that George Osborne’s ‘austerity drive’ may not be securing the economic miracle that the chancellor and some of his supporters claim.

Indeed, the notion that the only way out of recession was George’s way is not all together true.

Critics of the alternative economic plan, which is to spend more on public services, infrastructure and subsidised job creation, will point to some of the less impressive performances of EU nations such as France to prove their point.

They do, however, ignore the impressive economic results and growth that has been delivered with a far more expansive spending programme by the fastest growing G8 economy, the USA.

President Obama has never bought into the austerity obsession that has been the rallying call of Angela Merkel, George Osborne and Europe’s mainstream centre right.

Last year was the strongest year for jobs growth in the US since the 1990s. Businesses have created over 11 million jobs in the last five years. Since 2010 the States has put more people back to work than Europe, Japan and every other advanced economy combined. These jobs are not all in the service sector either. Indeed, manufacturing is the fastest growing sector in modern day America.

The advantage Democrats have in the USA over opponents of austerity in the UK is that firstly Labour were in charge of the national administration when the ‘crash’ hit the economy back in 2007; secondly, Labour failed to articulate a coherent or consistent argument as to why it wasn’t to blame for that crash; and third, perhaps most importantly, the centre left in the UK has never had a charismatic leadership figure to present an alternative view anyway.

As Labour prepares to elect Jeremy Corbyn as its next leader, George Osborne can sleep very comfortably at night, secure in the knowledge that he will continue to have no serious political opposition for the foreseeable future. The economy may hit a few bumps in the road, and austerity will take many more victims before his plan is done. But, politically, there is nobody the chancellor or the government need to worry about in terms of calling them on it.

Meanwhile, across the pond, centre left politics look set to continue to dominate as the Democrats, advocating the New Democrat philosophy that was first adopted by Bill Clinton in the early 1990s, are on course to take the White House once again.