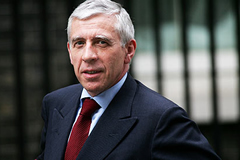 Two more MPs were caught in a sting operation by Channel 4’s ‘Dispatches’ programme recently, with both allegedly selling their ‘black book’, influence and power to a bogus Chinese company.

That the two men involved, Malcolm Rifkind and Blackburn MP Jack Straw, have both been rather preachy when their peers have been revealed to be undertaking such unsavoury activities in the past makes it difficult to have much sympathy with either Right Honourable Gentleman. But the point that was highlighted to me during the half hour show was that our Members of Parliament are now, and have been for some time, significantly underpaid.

The £67,000 annual salary for what amounts to a job were you are in the public eye and under severe scrutiny for 24/7; base yourself in the not inexpensive city that we call London; be responsible for a small business as you employ staff; sacrifice your family life and weekends; and have to reapply for that job no matter how well you have performed every five years, is a scandal.

I get that in public life there is an acceptance that you don’t necessarily get the rewards that you would get in the private sector. Nevertheless, for local government officials to be paid more than the Prime Minister, as is currently the case, cannot be right.

Nobody has to sign up for the job of MP, of course, and so why should we be concerned?

Firstly, we are slowly but surely attracting two types of people to parliament. Those who are ‘professional politicians’, usually well -heeled and in a comfortable financial position; and those who think that, even with the job description I have outlined above, £67,000 is a decent wage. I predict that after the election in a few weeks’ time, this will get worse.

The calibre of our MPs is getting worse. That will accelerate unless we begin to remunerate them fairly, and re-establish the respect that MPs once enjoyed.

Of course, that respect needs to be earned, and by and large Westminster can be proud of its record pre the expenses scandal reveal and its reaction and attempt to clean up its act since.

In principle I think Ed Miliband’s proposal that MPs have ‘one job’ in future is probably a good thing – but they should be paid the going rate that job too.