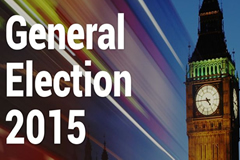 Before the campaign it was generally acknowledged, even by some of his closest allies, that as far as profile and image were concerned, Ed Miliband was hardly ‘A’ list Hollywood. However, more in hope than expectation, they hoped that his intellectual capacity and his genuine ‘niceness’ would win over sceptics. To a large extent, he has. Even if you don’t like his policies, or find him the least attractive political leader you have cast your eyes on, Miliband is hard to dislike. He has had a good campaign, articulating his party’s case in a firm, direct and effective manner. The Conservatives personal attacks on him, in particular the crass ’back stabber’ accusation, backfired on the Tories spectacularly. Even if he doesn’t get the keys to Number 10, Ed has done a decent job.

The big argument that is always used against changing our existing ‘first past the post’ electoral system is that it provides a process that results in strong, single party government. However, we are heading for a second consecutive hung parliament, and if voting intentions continue to be as transient among a new generation of voters in the future as they appear to me now, then the days of one party government are well and truly behind us. At least a new proportional voting system would give voters in cities like Liverpool and Manchester, where they weigh rather than count the Labour vote, a reason to visit their local polling station.

I have now lost count of the number of candidates and members who have been removed, suspended and expelled from a party whose main influence has been to drive the Conservative party to the right on the issue of Europe, and the Labour Party to run scared of this issue of immigration. It must be with regret that Cameron and Miliband now look at the past five years and wonder why they didn’t apply a far more robust and aggressive strategy to rebut some of the utter crap that UKIP has been allowed to get away with on both of these key areas of policy. That the wheels would fall off the Farage bandwagon was inevitable in my opinion, and they will be lucky to retain their existing two parliamentary seats, whilst Farage is looking less likely to win in the constituency of South Thanet, where the voters appear to have more sense than the owner of the Daily Express!

His admission that he would only want to be Prime Minister for one more term of office may have been honest, but it was also a mistake. As soon as those words and that statement was broadcast, David Cameron was a dead man walking. Last weekend’s newspapers were packed full of stories about the runners and riders for the Tory leadership, with Dave’s campaign considered by many a Tory donor to lack energy, focus and passion. That ‘Team Cameron’ have attempted to address that this week by taking off his tie and rolling up his sleeves is, I fear, too little too late. His failure to deliver the Conservatives an overall majority, which is what they really crave, is what will cost him in the end though. Boris, Teresa May and George Osborne are the early frontrunners; but don’t rule out a ‘dark horse’ emerging from the pack. Cameron beat more favoured candidates – and who can forget John Major’s surprise succession of Maggie?

The campaign has been too long, a bit boring even for political anoraks like me – and it appears that it has failed to have much, if any, influence on people’s voting intentions anyway. A piece of advice for all the parties for the next election – which may be far sooner than was planned – keep it short. Less is sometimes more!

And finally my prediction for the 7th May: I’m sticking with what I have been saying for some months now. Conservatives the biggest party, but lacking a credible coalition partner to be able to form a government for more than a few months; and the spectacle of a second election highly likely as many Labour MPs’ would find it hard to stomach any sort of arrangement with the SNP.