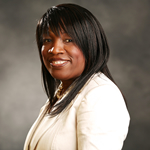 No sooner had the Leeds and Partners Stakeholders AGM finished last week than its chief executive Lurene Joseph had announced her plans to move on to pastures new.

An event that was rich in content, though dull in terms of presentation and delivery, meant that Joseph went out with some good news stories to tell – but not enough to outweigh the controversies that have dogged her since her appointment to the post eighteen months ago.

Cynics suggest that even the good news stories were a case of L&P claiming the credit for the work of others, but that criticism can be levelled at almost any quasi public agency, such are the blurred lines and complimentary (or duplicated) activity that often takes place across city region based organisations.

Nevertheless, it is fair to say that few tears have been shed by many since the announcement was made, and given the allegations over bullying, expenses and even her own personal financial affairs, Joseph may be as relieved as anyone that her time in Leeds is nearly done; short, and not so sweet.

The cautionary note I would add to what has clearly been a challenging relationship between the city and the ‘outsider’ would be this.

Joseph had good credentials, and seemingly a London and international network that has proved particularly useful. She did not know who the local luminaries were, nor did she seem to care. Surely that was the point.

If Leeds is to meet the ambitions that it has set itself in recent times then the new Lurene Joseph should not be a ‘safe pair of hands’. That doesn’t mean it has to be an ‘outsider’, but unless Gary Verity can be convinced to take the role, is there anyone who is Leeds based that is an obvious candidate to be the next L&P chief?