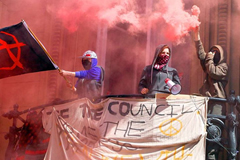 RT @DowntownBusines: "Does Labour really want Boris to resign?" Frank McKenna, reflects on whether Boris Johnson going or staying would be…

RT @tonymc39: There is a growing support across all parties on the council to halt the expansion of Liverpool Airport - from the point of v…