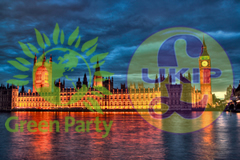 Look out for my exclusive interview in the #DowntownDen with @Andrew_Adonis on Monday morning. The former advisor t… https://t.co/VPzDDEFjd2