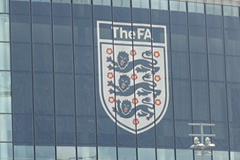 It has been an incredible week for the most popular sport on the planet, as its international governing body has been subject to fraud allegations, FBI investigations and, ultimately, the resignation of the head of the organisation Sepp Blatter.

FIFA has been on the edge of a major scandal for over a decade now, and the only real surprise about the spate of arrests and revelations that have emerged in recent days is that it has taken so long.

The Sunday Times ‘Insight’ team have been on the case for several years now, and the journalists involved deserve a great deal of credit for continuing to dig, harass and question the football authorities under extremely challenging circumstances.

For those like me who worry about the social media explosion destroying investigative journalism, this saga, and its conclusion, is a breath of fresh air.

UEFA and our own FA were front and centre of demands that Blatter should go; and indeed representations from Michel Platini, Greg Dyke and other senior European football officials, have been made over a period of months now.

Of course they are right to have raised their concerns, and take the stance that they did – but isn’t it about time they started to take a long, hard look at what damage they are doing to the beautiful game too?

UEFA have spent the past decade or more promoting the Champions League to the detriment of all of its associate member leagues and destroying the once credible EUFA Cup with the introduction of the competition nobody wants to qualify for, the Europa League.

And what of our own Football Association? The Premier League has been a huge success, become the UKs biggest export, and taken media coverage of footy to another level.

However, the unintended consequence of this have been a significant erosion of the club-supporter relationship; television dictating the fixture calendar and kick off times; an undermining of every club and league outside of the ‘elite’; the destruction of what was once accepted as the most successful cup competition in the world; and most worryingly financial mismanagement and club ownership going unchecked to the extent that long standing, well established teams have suffered bankruptcy and near extinction.

Ask Leeds United, or indeed Blackburn Rovers fans, if they think that the ‘fit and proper person’ test is worth the paper it is written on.

The explosion in agents, hangers-on and footballer’s salaries have further undermined a game that now only needs supporters in the same way that Coronation Street needs extras. They help create an environment and atmosphere that makes the TV experience all the more appealing. But it is the TV cash that is King!

I’m not suggesting that the FA is corrupt; or that its officials are taking backhanders to host the newly created pre-season money making ‘tournaments’ at the Emirates rather than Stamford Bridge. But they have ripped up and thrown away the set of principles that once led boys like me to develop such an emotional attachment to a club that as an adult is as important as political allegiance and religion.

Will the new set of replica wearing, friendship scarf buying, Sky subscribers be as loyal to their chosen ‘brand’ as the traditional support base that have kept clubs going for generations? Or will they find another pastime, or just follow the next club that gets a multi-billion pound foreign owner?

What happens to football when Sky gets fed up with football? That is what should be exercising the minds of the English FA, as much as the crisis that is FIFA.