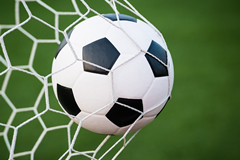 It was with huge sadness that I learnt of the great Tom Finney’s death last week.

When I was a Member of Lancashire County Council I had the privilege of meeting Tom on three separate occasions, and very fortunately ended up at one particular dinner in his company.

He obviously noticed my dulcet ‘scouse’ tones and started to wax lyrical about one of his former teammates Bill Shankly, telling me what a great player he was and how he knew he would go on to be a fantastic manager at Liverpool.

On learning that I was actually an Evertonian, he quickly began to regale tales of a young Howard Kendall, who had appeared in an FA Cup final for Preston North End at the tender age of just 17. Tom told me that Howard was the best footballer never to be capped by England, and again he was eager to praise Kendall for his achievements as a manager at Everton.

When I asked the affectionately know ‘Preston Plumber’ about his own England career, he won over 70 caps scoring 30 goals for his country, he quickly moved the conversation on to some of the players he played alongside at international level. He was keen to avoid talking about himself, far more comfortable talking in praise of others. To say he was a humble man is an understatement.

And as much as he clearly loved playing for his country, he loved his club more, once saying “North End was a love affair for me. All I ever wanted to do was play for Preston.”

Of course we have players in the modern game who proclaim their love for the club who are currently paying their wages (‘Once a Blue always a Blue, hey Wayne), but we all know that they are, quite literally, playing the game.

It could be argued that there wasn’t as much money in football back then of course. But consider this. In 1952 Finney was offered the opportunity of joining an Italian club for a signing on fee of £10,000. That was a big figure back then, a record fee in fact. That he remained a one club man until the end of his career tells you all you need to know about one of our greatest footballers, a genuine legend and a true gentleman. RIP Tom.

Unemployment down, inflation down, predictions of growth up and Everton riding high in the Premier League playing a brand of football not seen at Goodison Park sine the halcyon ‘school of science’ days, 2013 has ended up being quite a decent year – but I’ll predict that 2014 will be even better.

The economy has turned the corner, business confidence has returned, and during the next twelve months that confidence will deliver enterprise, jobs and growth for UK Plc and for the North of England.

In the regions where Downtown operates, there is even more reason to be optimistic.

Leeds will host the Tour de France, a tremendous coup for the city region and an event that will elevate Leeds’ international standing and generate significant interest in Yorkshire. With the new Trinity shopping mall now open, and a 13,000 seat arena, Leeds will be looking to build its visitor economy, whilst maintaining its position as a leader in the professional and advanced manufacturing sectors.

Lancashire has been working hard to put in place a business support package that is private sector friendly and can deliver for ambitious companies in the county. Its BOOST initiative is the most comprehensive project of its kind that I have seen, and Lancashire County Council and the Local Enterprise Partnership deserve huge credit for genuinely listening to business and establishing a programme that will really work for Lancashire firms.

Manchester continues to deliver major regeneration and infrastructure schemes, and its plans for Airport City will take the city to another level again. Greater Manchester continues to demonstrate the importance of good civic leadership, private-public sector partnership that work, and the ability to avoid complacency and continue to drive forward with visionary strategies that build on past successes. I expect Manchester to lead the pro HS2 campaign and lobby for the acceleration rather than cancellation of a project that will benefit the North, but arguably Manchester in particular.

Liverpool will host the biggest international business event the UK has seen since 1951. Max Steinberg and his team at Liverpool Vision are organising a six week jamboree of activities that will take place in June and July of next year, with Downtown holding a significant series of high profile events during the International Festival of Business’ ‘Cities & Enterprise’ week. Over 140 countries are already signed up to IFB, and some top speakers have been booked. Again as a showcase for what the Liverpool city region has to offer, it couldn’t get much better.

As for Downtown, well 2014 see’s us mark our tenth anniversary. As you can imagine we have a whole host of special events, parties and celebrations in store for you, so watch this space.

Have a fantastic Christmas – and look forward to an absolutely fabulous New Year.

Look out for my exclusive interview in the #DowntownDen with @Andrew_Adonis on Monday morning. The former advisor t… https://t.co/VPzDDEFjd2