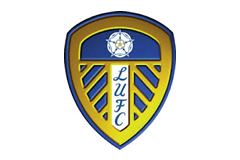 This week the unlikely pair of Watford and Bournemouth are celebrating their promotion from the Championship to the promised-land that is the Premier League.

Not the most fashionable of clubs, it is nevertheless refreshing to see unfancied teams succeeding and in the case of both newly promoted sides, it is fair to say that, Bournemouth, in particular, have enjoyed a real rags to riches journey over the past few years.

These two Cinderella clubs leave some genuine giants behind them for another season, none bigger than this city’s very own Leeds United.

At the seasons start I, as a glass half full kind of guy, blogged about reasons to be cheerful following the installation of a new owner for the club. However, without going into the unfortunate detail surrounding the various controversies surrounding Massimo Cellino, 2014/15 has been another in a long line of wasted seasons at Elland Road.

Had Leeds picked up half as many points as their new owner has had in column inches they would have been crowned Champions by Christmas. As it is, the farcical nature of the off field antics of owner, injured players and the managerial turnstile that has apparently been installed at Elland Road – and it has been another false dawn; another frustrating nine months of football in a division that Leeds have been stranded in for far too long.

It has, of course, been worse, with the club spending a short time in the English leagues third tier for a period since its dramatic demise since the Premiership relegation of 2007. But that is no consolation for supporters who still hark back to memories of the halcyon days of Revie, Giles and Bremner; and in more recent times the Howard Wilkinson title winning team of 1991-92.

Average attendances are still a relatively healthy 25,000 plus, the away following is as passionate as ever, and the club still has a reputation in the English game that, with the right investment and management, would surely attract a crop of players decent enough to challenge for a place in the top league once again.

But that seems a million miles away, and Leeds fans will spend the summer worrying more about survival than they will dreaming about ‘doing a Bournemouth.’ It is a crying shame for the club, its fans, for football in general – and for the city’s economy too. Because Premier League football is huge business for our hospitality sector, and provides a massive boost to the city’s marketing potential and profile as well.

The sooner Leeds can get back on track and back where they belong, the better. But not even the optimists among us are holding our breath anymore.

What next for Leeds

Earlier this week Councillor Keith Wakefield announce his resignation as the leader of Leeds City Council. I have met Cllr Wakefield on several occasions, interviewed him at the very first Downtown Leeds policy forum, and always considered him to be a steady and thoroughly decent guy.

His introduction of Leeds & Partners, which replace Marketing Leeds and the ‘Love Leeds’ brand was, to put it mildly, hardly an unmitigated success; but the city has continued to enjoy economic growth, regeneration and attract investment during his tenure.

In more recent times, Wakefield has been at the heart of driving the devolution agenda in the Leeds city region. But he seemed reluctant to take the bold step of supporting calls for a city region mayor, and appeared to settle for a watered-down version of Devo Manc for Leeds and its neighbouring local government partners.

It will be interesting to see what change in direction a new leader will bring to the party, particularly in respect of that devolution initiative, which, whatever the result of next week’s election, will continue apace.

Cllr Wakefield plans to remain on the council, and I am sure all those associated with Downtown wish him all the very best for the future.