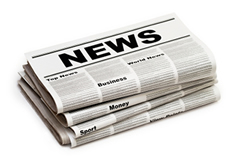 The press, as in newspapers, have not done themselves a lot of favours in recent years.

The scandals around phone tapping, bribing police officers for confidential information and an uncanny ability to just tell blatant lies that they justify as part of the readership war games they have with their competition, has all played a part in not only damaging the reputation of newspapers, but has also hitting sales figures too.

Of course, the explosion of social media and the internet has had a huge impact on the ability for newspapers to sell their wares. But the wholly incompetent response of the industry to those challenges, to sensationalise, go negative or just make things up, has been totally inadequate and, in some cases, criminal.

An unhealthy interest in and scrutiny of celebrities has been another element of a tabloid newspaper offer that leaves potential readers simply asking ‘why bother’ when it comes to the purchasing of a daily paper.

I had hoped that the dragging through the courts of News of the World and Sun executives and the subsequent public outrage may have ushered in a new culture for an industry that seems as rotten as the alleged corrupt football officials, politicians or businessmen they regularly berate in their columns and feature pages.

However, with few exceptions, those prison sentences handed down to Andy Coulson and his mates appear to have been forgotten by the industry quicker than an X Factor winner.

Of course there are notable exceptions to this picture of doom and gloom. Marc Reeves at Trinity Mirror in Birmingham has adopted a successful and innovative approach to the on line agenda; the Liverpool Echo recently embarked upon a positive campaign to re-brand the paper through an ‘Ask Ali’ initiative, giving readers and ex readers the opportunity to comment on the future of the Echo’s content directly to editor Ali Machray. At a national level, the work of the Sunday Times Insight team has been crucial in exposing the misdeeds of FIFA officials.

However, all of this good work is totally undermined and undone when one of the leaders in the industry chooses to serialise accusations about the Prime Minister that range from tit bits that would not look out of place in a Monty Python sketch, through to more serious questions of judgement that have simply been lost in the barrage of rubbish the Daily Mail has published.

The fact that these accusations are being made by a bitter old Lord who has admitted his personal vendetta against David Cameron very publically, makes the Daily Mail’s decision to run these stories even more bizarre.

If the adage ‘no publicity is bad publicity’ was the policy that Mail executives were following with this one, then job done, as most folk are aware of their coverage and are talking about the Daily Mail. However, in doing so, the Mail has knocked several more nails into the newspaper industry coffin. Whatever happened to integrity, credibility, reputation and backing a story up? This trash should never have seen the light of day in The Daily Sport never mind a title that would consider itself a serious publication.