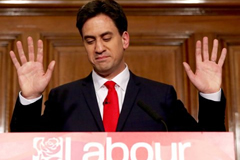 It is fair to say that the Labour Party was not expecting to be defeated in the manner in which it suffered on 7th May.

Most members, activists and MPs, had accepted the fact that Ed Miliband was an unpopular leader among the electorate, but comforted themselves with the notion that Cameron and Osborne were equally unpopular.

The polls also convinced many Labour supporting pessimists that, actually, a hung parliament was inevitable, and therefore the party had another five years to get their act together, without the Tories being able to implement a comprehensive Conservative programme.

The General Election result produced such a radically different outcome to what Labour bosses expected that they had no idea how to react – and almost three months later they still don’t.

The leadership contest has been a bore fest, with none of the candidates able to really capture the mood of their party, let alone reach out and interest the wider electorate. The Parliamentary Labour Party’s (PLP) decision to allow the left wing ‘standard bearer’ Jeremy Corbyn on the leadership ballot paper in the name of ‘fairness’ was incredibly stupid and naïve – and may turn out to be even worse than that should the latest polls of Labour members be an accurate reflection of who they are going to support.

This week, the same PLP got themselves into a totally unnecessary mess over the government’s welfare proposals; and in Liz Kendall, Andy Burnham and Yvette Cooper Labour appears to have three leadership hopefuls who have very narrow, and in some cases extremely inconsistent views, over the big policy and strategic issues that matter, not least the economy.

The shambles that is Labour is leading some to suggest that the party is finished as a political party of potential government; and it is easy to see why such a conclusion could be reached.

The Tories will use their small majority to press ahead with constituency boundary changes that will shrink the number of ‘safe’ Labour seats. Whoever wins the leadership election would appear to be Labours Iain Duncan Smith, rather than its David Cameron. And it has come up with absolutely no narrative to suggest it has the first clue as to how to win back votes in Scotland.

However, a man who led them to three consecutive election victories was back on a Labour platform this week, explaining why this doesn’t have to be the end for Labour.

Speaking at a Progress meeting in London the man who led Labour to victory over a Conservative government that had been in power for eighteen years, and then proceeded to oversee record levels of spending on health and education; regenerate our core cities; introduce the national minimum wage; restore the UK as a serious participant in the EU; take 800,000 children out of poverty; introduce working tax credits and devolve power to a Welsh Assembly and the Scottish Parliament, is someone that Labour needs to listen to.

Tony Blair, that heinous war criminal to some, but a Prime Minister whose record on the domestic scene is second to none, reminded Labour that this is where it was in 1983. In a detailed contribution covering the economy, welfare, immigration and how to tackle the SNP, Blair offered Labour a way out of its current mess. Will the party heed his message, or become an irrelevance by electing a man whose policies are so out of touch with voters that they would be lucky to retain the support of their core vote, let alone convince the voters they need to return to power.