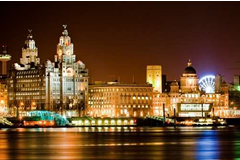 Last week I referenced an event I had attended with Manchester City Council leader Sir Richard Leese. Among the many great insights he offered into the success of his city was his analysis of how Manchester used to be marketed.

“We were very good at marketing ‘fun’ Manchester” he said. “But we needed to find a way in which we could promote corporate Manchester, and demonstrate why it was a place to do business and invest.”

It is a point that Liverpool’s leadership may wish to take account of as it plans its next business growth strategy. Because, for all of the improvements, regeneration and enhancement of reputation the city has undoubtedly enjoyed in the past decade, there is a concern among some of us that we are focussing a little too much on ‘fun’ Liverpool and not enough on the commercial offer.

Liverpool can proudly boast that it is now the best visited city in the UK outside of London and Edinburgh. It can evidence a track record of putting on a great show through events such as Capital of Culture and the giants. Our hotel, bar, restaurant and hospitality sector is quality. The Arena has been an unqualified success. But it is now time to move on, progress the agenda, and invest a little less in ‘fun’ and a bit more in the business of the city.

This was a topic I picked up on at Downtown Liverpool’s post MIPIM forum on Tuesday morning; and it has also been highlighted by the Think Tank led by former Liverpool Walton MP Peter Kilfoyle.

In his report ‘Damage Limitation on Devolution’ Kilfoyle argues that “often Liverpool is content with its new label as a party town, a place where people go for a stag night or hen party. Whereas once it was a great and important commercial centre, it is now happy to build ever more apartments for transient investors, rather than create jobs and houses for its deprived communities.”

I can only subscribe to a small part of this narrative, as I know how hard the city’s business and civic leadership is working to win jobs and investment, but it would be fair to say that Liverpool is now perceived more cultural than commercial. If the city wants to be front and centre of the Northern Powerhouse, then that has to change.

First off, we need to look at how we better manage the limited resources available and find a way of putting additional cash into economic development, business support, policy and research. That means a long overdue conversation about merging Liverpool Vision with the Local Enterprise Partnership; and reviewing the wisdom of huge spend on ‘showcase’ events such as the giants.

I’d rather see a Million pounds invested in policy and business case planning than on a three day ‘fun’ festival that may generate short term cash and a feel good factor, but leaves little behind in way of economic growth and legacy.

Liverpool City Region has much to learn from our friends at the other end of the M62 – but the starkest lesson for now is that government in Westminster, of whatever colour, will only hand over the cash when you can guarantee a Return on Investment and present a business case for additional resource. Saying ‘It’s not fair’ is just not good enough anymore.

As Sir Richard Leese said, having ‘fun’ is great; but having a job is often a pre requisite to enjoying yourself!