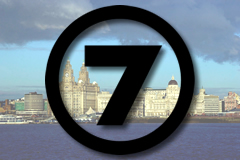 One of the details of the deal that Greater Manchester has done with government to achieve its outstanding devolution package is that the Combined Authority will appoint an interim ‘eleventh leader’ who will chair the organisation through to the transition that will see the city region elect a metro mayor.

It has been largely assumed that the ‘interim’ chairman would come from the existing group of council leaders who make up the Combined Authority. However I understand that it is now more likely that an additional person will be appointed to head the organisation for the next two years.

This got me thinking about the impasse that has been reached here in the Liverpool city region, and whether the appointment of a ‘seventh leader’ for our Combined Authority may assist in breaking through what is becoming another bun fight among the six men who currently run Merseyside. This latest Liverpool drama, with the pro and anti- metro mayor campaigns becoming increasingly vociferous and antagonistic, has left the rest of us as frustrated by-standers who can only watch with a combination of admiration and disappointment as the civic leaders of Manchester trail blaze on the devolution agenda; whilst Liverpool’s six Labour leaders fall out very publically on an almost daily basis.

What value could a ‘seventh’ leader add? Well perhaps if it was the right personality they could act as a much needed negotiator in an increasingly bitter battle that sees Liverpool and Sefton up against Wirral, St Helens, Halton and Knowsley in an almighty row over the notion of a metro mayor for Greater Liverpool.

A new face, a fresh pair of eyes, and if at all possible a character who would command the respect of all parties would surely only help what is becoming a debilitating disagreement among the city region leadership.

Identifying who that man or woman is and getting unanimous support for that person could prove as equally fractious, but I think it’s worth a discussion. There are certainly no shortage of candidates, though they may not thank me for suggesting their involvement in what external observers perceive as a ‘permanent and typical Liverpool problem’.

The MP for Wirral West and Employment Minister Esther McVey has the ear of ministers and would be well placed to act as an influential and, in the Labour leader’s case, non-partisan chair. She could give the Combined Authority the benefit of her ‘inside’ knowledge as to what Chancellor Osborne really needs to relinquish additional powers and resources; and draw on her experience as an entrepreneur in the city region when she will well recall the bewilderment the private sector feels when this type of nonsensical row is going on.

Another potential parliamentarian who would be eminently qualified to play a part in progressing the devolution debate is Liverpool Riverside MP Louise Ellman. Currently the well- respected chair of the influential Transport select committee in Westminster, as the former Leader of Lancashire County Council and a strong advocate of regional devolution for the Northwest over a twenty year period, there are few politicians who know their way around local government and the potential prize- and pitfalls- of the devolution deal that is being offered than Mrs Ellman.

Of course a less radical approach would be to appoint an individual already involved in the existing structures of Merseyside governance, and that would open the door for the chair of the Local Enterprise Partnership Robert Hough, or the talented head of Mersey Travel Councillor Liam Robinson.

The chances of this ‘seventh leader’ option being adopted are slim, to say the least. But in the absence of any positive movement on an issue that is the most important the city region will face politically in a generation, we need to do something that will break the existing log-jam. Does anyone else have a better idea?

The case for a city region governance structure is now won. On the back of the recent Scottish Referendum, and the concession of a huge number of powers to the Scottish Parliament, Westminster politicians reluctantly acknowledge that the devolution of powers to England’s regions can no longer be denied.

In terms of managing this transition of powers effectively, city regions are seen as the most natural model for a new level of government, and many existing structures are set up in this way anyhow, including Local Enterprise Partnership’s.

In Liverpool, depressingly and predictably, war has broken out once again between Liverpool’s elected mayor Joe Anderson and the leaders of the Merseyside borough councils over how such an organisation would look here.

The argument, on the face of it, may appear to be based more on personalities than anything else, but recent history tells us the problem of our disconnected city region goes back a long way before Joe Anderson came to lead Liverpool.

Mike Story and Warren Bradley had their own challenges with their neighbouring authorities during their time at the helm of the city council. Back then the shenanigans were put down to the fact that the Liberal Democrat led city was surrounded by Labour controlled boroughs.

Now the city and all the boroughs are ‘red’ too, it is obvious that a simple lack of support for brand Liverpool to be the focus for investment, marketing and economic growth is the real problem.

Does this matter to the business community? It absolutely does.

Whilst Manchester, Leeds and Newcastle get ready to celebrate being named as pilots for super combined authorities, with additional powers and more importantly resources, Liverpool once again engages in a bout of civil war which has led to:

It is this sort of internal chaos that has civil servants shaking their heads in disbelief and running to Manchester or Leeds or Newcastle. When you have a limited amount of cash to dole out, you invest it where you have confidence in delivery.

Capital of Culture, the Global Entrepreneurship Congress and the International Festival for Business are all very recent examples of the city of Liverpool delivering. Unfortunately, the city region partners choose not to accept this; or the need for a more co-ordinated and coherent approach across Greater Liverpool – and so here we are again – Groundhog Day!

We need a strategic Combined Authority. It needs to be led by a full time politician and figurehead. We need to get on with it before we fall further behind our northern counterparts.