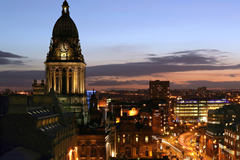 RT @ProjectFour_CDM: New @linkedin page setup by @projectfour_cdm focused purely on the Building Safety Bill! The page will be used to sh…

Very sorry to hear this sad news. I worked with Peter for several years and he was a really great guy. Many condole… https://t.co/OjSnTYYUB6

RT @ProjectFour_CDM: Let the sunshine...Pier Head busy...as it should be! When will we see the corporate animals returning + supporting our…