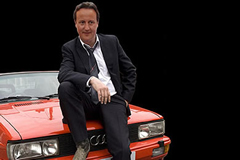 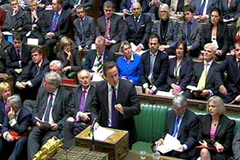 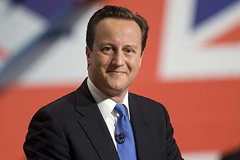 We are now just over six months away from the next General Election and if I were a betting man I would say that the Conservative Party will remain the largest group in Parliament following the May poll, with a question mark over whether they will continue to need the support of their minor coalition partner the Liberal Democrats.

The lacklustre Labour Party conference, epitomised by its Leaders ineffective speech and the seeming belief of the official opposition that they can win enough seats to form a government by simply banging on about the NHS and hitting the 35% mark of vote share will leave Ed Miliband short of where he needs to be.

The UKIP bandwagon may continue to gain momentum if the media remains as fascinated with the buffoons who represent this inconsistent and slightly hinged bunch of non racist, non homophobic folk, but surely as we approach the big day there will be at least some scrutiny of their policies by Andrew Neild and Co!

So Cameron will in all likelihood remain as Prime Minister, at least in the short term, whilst Boris gets his leadership campaign organised, but will he be able to look back at his time at the helm of his party with any great satisfaction?

David Cameron won his party’s leadership with an agenda that promised a new Tory Party, ‘Caring’ Conservatives who would ‘hug a hoodie’ and that was so committed to the green agenda that they changed their party logo to a tree.

He promised to put all the internal Eurosceptic nonsense behind them, and move his troops to the middle ground, much as Tony Blair had done with ‘New Labour’ a decade earlier.

As he approaches the end of his first term in office, Eurosceptisism is at the top of the Tory agenda, he is peculiarly on the run from the UKIP fruit loops, promising an in-out EU referendum that he has now lost total control of, and appears more concerned with keeping the likes of John Redwood happy than Michael Heseltine. As for the environment, forget it because he has.

Add to this the return to ‘Nasty’ Tory policy around the welfare agenda, and it is easy to see why many commentators believe that Cameron may be ‘in post’ but not ‘in charge’.

Whatever the result of next year’s election, it is hard to see how David Cameron can really win.

Depending on your politics and point of view a 50% tax rate for those earning more than £150,000 per year may seem fair.

However, there is absolutely no economic sense in taxing the highest earners at this level as it leads to a fall rather than an increase in the tax take for the exchequer.

How can this be so? Well, at 45p in the pound a successful business owner or entrepreneur may wince a little, but psychologically they will live with it.

Once you tell someone you want half of their income, it is of little surprise that they start to aggressively investigate the many loopholes that exist to stop HMRC getting their mitts on their hard earned cash.

The other problem with the 50p rate though is that is does cap aspiration and ambition; it signals a culture of envy rather than enterprise; and most worryingly it prevents business owners from investing in growing their companies. What is the point of adding £500K to your bottom line if the return you get is likely to be less than 10% of that? It is a risk that is not worth taking.

That is why I think that Ed Balls announcement that a Labour government would re-introduce the 50p rate is wrong, and more ‘gesture politics’ than economically savvy.

Labour believes that the majority of us who can only dream of a salary of 150K support the measure and will vote accordingly.

I think it will enable the Tories to paint Labour as anti ambition, anti business and as the party of taxation. It was a road tried and tested by Neil Kinnock and John Smith in 1992, much to John Major’s delight.

It didn’t work for Labour then, and although scandals with banks and our big financial institutions means we are in a different place today, I doubt if it will work in eighteen months time when the country goes to the polls again.

Nonetheless, the battle lines have been drawn and it will be interesting to see if Cameron and Osborne take a gamble of their own by announcing a further cut in top rate tax to 40p; and how shadow business secretary Chuka Umunna convinces business leaders that Labour support his ‘British Dream’.