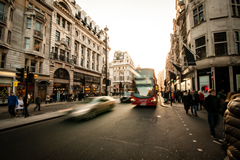 Britain is getting great at starting business again and rediscovering its entrepreneurial spirit. The latest statistics on start up’s show an all- time record for new company incorporations here – a massive 581,173, which is an increase of almost 10% on the previous year. That bastion of enterprise that is most often held up as the example to us all, the United States, suffered 70,000 more business closures than start- up’s in 2014. Government initiatives such as entrepreneurs’ relief and the Enterprise Investment Scheme, introduced by the last Labour government and continued by the coalition, have also helped small businesses grow. And get this – according to the Centre for Entrepreneurs one reason Britain has become such a hotbed for start-up’s is immigration. A survey it undertook last year showed that one in seven businesses here are run by migrants. A ‘hats off’ to StartUp Britain and the more recently launched GREAT campaigns. Both organisations are doing a damn fine job in promoting all that is good about starting your own business, and growing it!

But it’s still not enough, and in the North of England we are still failing to encourage and support enough people to have a go and setting up on their own.

There has been a massive push over the past five years to provide support to what are commonly known as ‘Gazelle’ type businesses – those companies that have been established for a time, and with the right mentoring and coaching can meet their ambitious growth potential.

This has been a reasonably successful approach, led by initiatives such as the Growth Accelerator, who partnered Downtown last week for the ‘Limitless’ conference that we hosted with 100 plus delegates in Liverpool.

However, just as I would argue that it is a mistake made too often to focus on big business, which make up a tiny percentage of the UK business community, I would equally express concern at the start up agenda being neglected.

The next round of European funding has just landed and negotiations are taking place as to what projects should be going forward and supported. I hope that the objective of creating a more entrepreneurial culture in the North is a big part of the new programmes that are agreed.

We need to start to see the establishment of tomorrow’s Gazelles today.