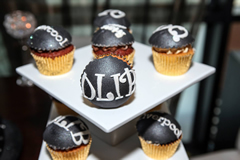 Next week Downtown celebrates its tenth anniversary. We will be doing a lot over the next seven days, hosting a birthday party for 300 people, launching a new website and introducing an APP.

It’s all exciting stuff, and part of what I would describe as a growing movement rather than a growing business.

We have come a long way in the last decade, and much of what we have been involved with and achieved has been covered in the latest edition of our quarterly magazine DQ – in the printers now, and on your desks in about a week.

For me personally it has been, and continues to be, an incredible journey. When I set Downtown Liverpool in Business up in 2004 I would not have imagined having a presence in Lancashire, Manchester and Leeds. Indeed, I was told by a senior official of Liverpool City Council that ‘Downtown won’t last five minutes’.

I thought it would work in Liverpool, but I doubted if the brand was ‘exportable’. Four cities and 800 member companies later, and I am beginning to think it is.

Reflecting and reminiscing is not something we tend to do very often at Downtown Towers. We spend most of our time thinking of what we can do next, rather than what we have achieved in the past. This is the main reason why we maintain vibrancy, dynamism and a spirit that no other organisation in our space can match in my opinion.

However, on this occasion I hope you forgive me for some self indulgence. Here are my personal highlights of Downtown life over the last ten years.

I hope you remember some of these too, have many more of your own, but most importantly work with us to create new memories in the future. Here’s to the next ten years!

RT @DowntownBusines: ORRRRRRDDDDERRRRR! Join us for drinks on the terrace at the Palace of Westminster, Monday 18th October. Speakers to…

@EvertonLike He needs to move on Duncan, get a managers job elsewhere and prove that he can be a good number 1.